The Carolina Civic Center Historic Theater is a beautifully-restored treasure listed on the National Register of Historic Places that offers visitors a unique and visually stunning experience. The theater is located at 315 North Chestnut Street in the heart of downtown Lumberton. First opened in 1928 as a vaudeville and silent film house, the theater offers a wide array of programming including live touring performances, original productions, art exhibits, films, special events and rentals.
Home / News / Special Event / Auditions: Talent Competition and Into the Woods

Auditions: Talent Competition and Into the Woods 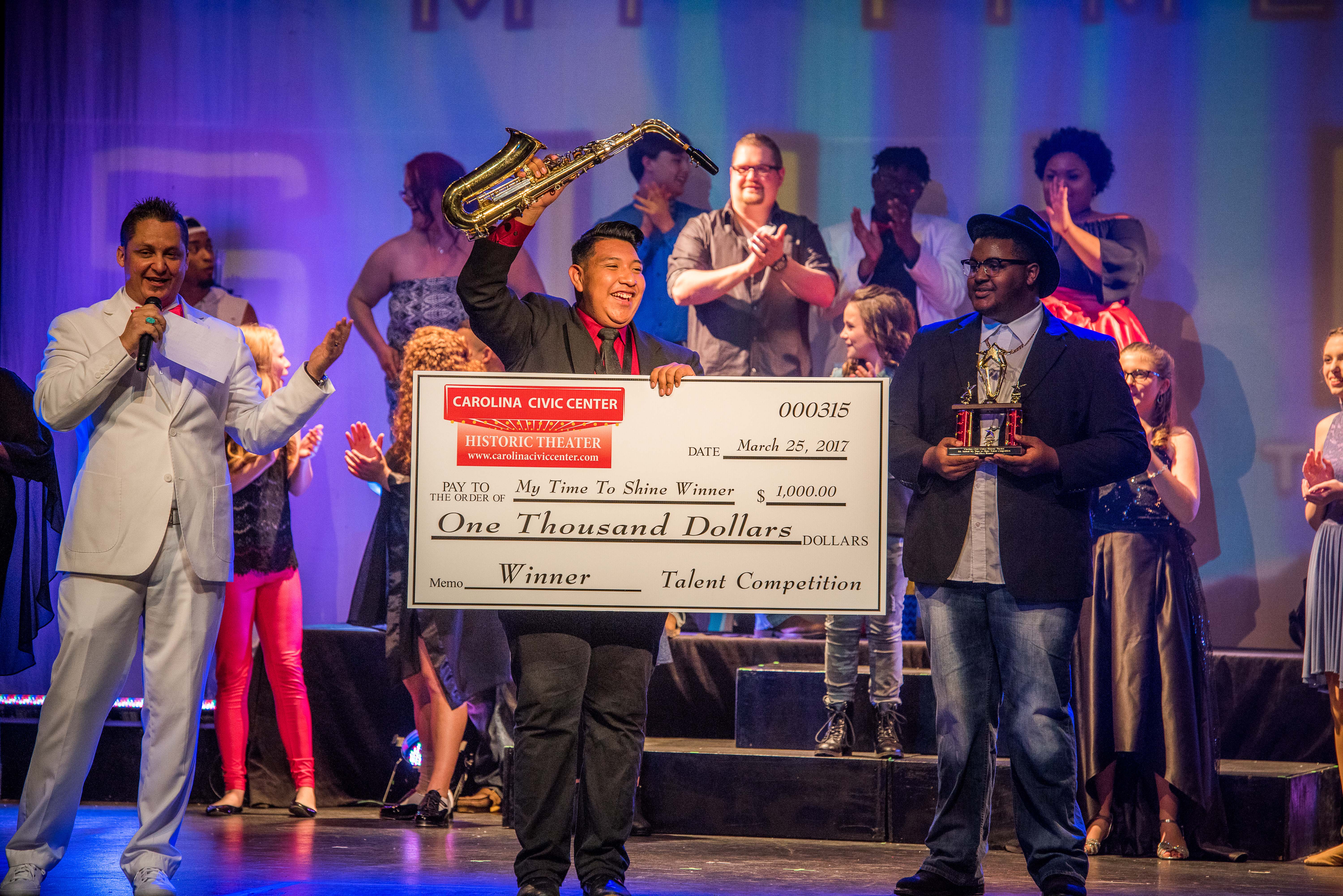 Auditions: Talent Competition and Into the Woods

Auditions will be held February 9, 10 and 11 at the Carolina Civic Center Historic Theater in downtown Lumberton for two upcoming events at the theater. Auditions will be  held February 9 (6 and 7:30pm) and 10 (11am) for the theater’s annual My Time to Shine Talent Competition scheduled for Saturday March 24.  The competition includes all categories of talent – from singing and dancing to juggling, instrumental and more, with contestants competing for a top prize of $1,000.  Applications for My Time to Shine auditions can be downloaded through the theater’s web site at www.carolinaciviccenter.com or in-person through the theater’s offices noon-6pm weekdays. All applications and a NON-refundable $20.00 registration fee (checks may be made out to Carolina Civic Center) must be submitted to CCC to the attention of Jonathan Brewington, Stage Manager,  at 315 N. Chestnut Street Lumberton, NC  28358 by February 5th, 2018 by the 6:00PM. Incomplete applications will not be accepted.

Auditions also will be held 3pm February 11 at the theater for the musical “Into the Woods,” scheduled to be staged at the theater June 8-10 and June 15 – 16.  The show includes parts for adults and children and those auditioning must go to the theater’s web site at www.carolinaciviccenter.com to download audition instrumental tracks. Tracks will be available after Jan. 1. There is no audition fee for “Into the Woods.”

The Tony Award-winning “Into the Woods” follows a Baker and his wife, who wish to have a child; Cinderella, who wishes to attend the King’s Festival; and Jack, who wishes his cow would give milk. When the Baker and his wife learn that they cannot have a child because of a Witch’s curse, the two set off on a journey to break the curse. Everyone’s wish is granted, but the consequences of their actions return to haunt them later with disastrous results. One of Sondheim’s most popular works, “Into the Woods” is a musically sophisticated show with the opportunity to feature actors adept at dark comedy.