The Carolina Civic Center Historic Theater is a beautifully-restored treasure listed on the National Register of Historic Places that offers visitors a unique and visually stunning experience. The theater is located at 315 North Chestnut Street in the heart of downtown Lumberton. First opened in 1928 as a vaudeville and silent film house, the theater offers a wide array of programming including live touring performances, original productions, art exhibits, films, special events and rentals.
Home / News / Uncategorized / Theater Announces 2021-22 Mainstage Series 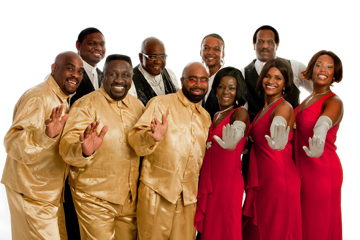 The Carolina Civic Center  Historic Theater, located in downtown Lumberton, has announced its 2021-22 mainstage series of performances. Season tickets will go on sale 12pm Monday August 2 while tickets for individual shows will be available for purchase at 12pm Monday August 16.

Tickets for the Mainstage Series can be purchased on-line by visiting www.carolinaciviccenter.com.  Tickets also can be purchased in-person or with credit card or cash noon to 5:30 pm Monday through Friday through our administrative offices in the theater’s second floor (enter on Fourth Street side), or by calling the Civic Center at (910) 738-4339. When available, tickets can also be purchased at the door. Theater lobby box office opens for ticket sales one hour prior to performance.

A Season Subscription DISCOUNT of 20% off the Individual price is available if you purchase five or more events at the same time through the box office. Senior, Military, UNC Health Southeastern’s PrivilegesPlus program, student discounts and Group Rates are also available for most events.  For Group Rates and Season Tickets, please call our box office at (910)738-4339. All ticket prices include 7% sales tax on nonprofit attraction ticket sales as required by the North Carolina General Assembly as of January 1, 2013.

A regular sell-out show, Masters of Soul is a celebration of artists discovered in the Motor City in the 1960s. The show features costumed, fully choreographed tributes to male and female groups of the era, backed by a band of seasoned musicians who have been performing together for decades.

Relive or experience for the first time the harmonies and smooth moves by acts such as The Temptations, Gladys Knight & The Pips, Marvin Gaye & Tammi Terrell, Smokey Robinson & The Miracles and many more! This high-energy show is perfect for audiences of all ages.

In an ever-expanding body of work, Jens Kruger (banjo, vocals), Uwe Kruger (guitar, lead vocals), and Joel Landsberg (bass, vocals) personify the spirit of exploration and innovation that forms the core of the American musical tradition. Born and raised in Europe, The trio moved to the United States in 2002 and is based in Wilkesboro, NC.

The Kruger Brothers’ remarkable discipline, creativity and their ability to infuse classical music into folk music has resulted in a unique sound that has made them a fixture within the world of acoustic music. The honesty of their writing has since become a hallmark of the trio’s work.

Tickets are $15 adults and $10 students.  This performance is partially underwritten by a grant from the Robeson County Arts Council.

The Civic Center’s annual heart-warming holiday musical revue for the entire family features the best regional performers singing and dancing in the holidays. This year’s show features Lumberton’s own former Miss North Carolina Rebekah Revels Lowry, X-Factor Top 40 selection Brent Tyler, and other featured singers.  See the beautifully staged dancing of “The Civettes” as well as adorable performances by the show’s youth cast.  The theater will be beautifully decorated for Christmas and, of course there will be appearances by Frosty the Snowman, The Grinch and Santa Claus!  This year marks the Carolina Civic Center Historic Theater’s 10th edition of what has become the region’s most popular Christmas show.

The theater welcomes back a favorite touring big band to perfectly complement the setting of our historic theater that first opened in 1928 – just 10 years before the original version of this famous big band was formed. The world famous GMO, with its unique jazz sound, is considered to be one of the greatest bands of all time. The present version of the Orchestra was formed in 1956 and has been touring consistently since, playing an average of 300 live dates a year all around the world. Nick Hilscher is the Orchestra’s present music director.

Returning from previous sold-out performances, Balsam Range’s ascent to the top of the Bluegrass world has left a well-marked trail of success since the band’s inception in 2007. One of the genre’s most award-winning artists in recent years, they have garnered ten International Bluegrass Music Association Awards on the heels of six critically acclaimed albums. Balsam Range has left audiences spellbound while headlining major festivals from coast to coast, selling out venues across the nation, and appearing multiple times at the Grand Ole Opry.

Our hugely popular –and very competitive- talent competition.  Includes all categories of talent – from singing and dancing to instrumental and more.  Auditions will be held to determine who gets to showcase on our stage, with cash and gift prizes going to the top contestants and a grand prize of $1,000. It’s more than a competition; it’s a great show! Tickets: $15. General Seating

The Coasters are an American Rhythm & Blues and rock ‘n’ roll vocal group that had a string of hits in the late 1950s. Beginning with “Searchin” and “Young Blood”, their most memorable songs were written by the songwriting and producing team Leiber and Stoller. Although the Coasters originated outside of mainstream doowop, their records were so frequently imitated that they became an important part of the doo wop legacy through the 1960s.  The Coasters’ hits also comprised a major portion of the song score for the 1994 musical revue Smokey Joe’s Café, a retrospective of Leiber & Stoller songs that received one Grammy Award and seven Tony Award nominations following its 1995 Broadway debut. From “Yakkety Yak” to “Charlie Brown” to “Poison Ivy”, these monumental songs helped induct The Coasters into the Rock and Roll Hall of Fame in 1987.

Directed by the theater’s resident artist, Kendrix Singletary. When a tornado rips through Kansas, Dorothy and her dog, Toto, are whisked away in their house to the magical Land of Oz They follow the Yellow Brick Road toward the Emerald City to meet the Wizard, and en route they meet a Scarecrow that needs a brain, a Tin Man missing a heart, and a Cowardly Lion who wants courage. The wizard asks the group to bring him the broom of the Wicked Witch of the West to earn his help.