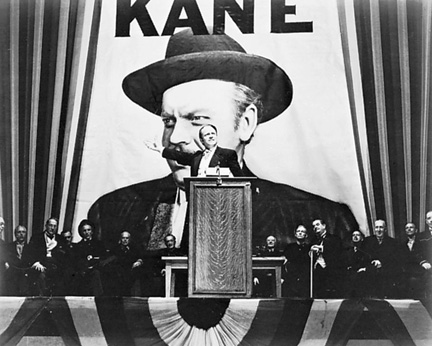 The Carolina Civic Center Historic Theater, located at 315 North Chestnut Street in downtown Lumberton, will be presenting a classic film series as it re-opens its doors to the public. The four films in the series represent some of the most popular movies of all time and are appropriate for audiences of all ages. Tickets are $5 and can be purchased at the door. Doors open 6pm for the 7pm screenings. Concessions will be available for purchase.

There will be no social distancing restrictions in place, and attendees who have not received full COVID vaccination plus two weeks are strongly encouraged to wear face masks.

The Carolina Civic Center Historic Theater is a beautifully-restored treasure listed on the National Register of Historic Places that offers visitors a unique and visually stunning experience. The theater is located at 315 North Chestnut Street in the heart of downtown Lumberton.  First opened in 1928 as a vaudeville and silent film house, the theater offers a wide array of programming including live touring performances, original productions, art exhibits, films, special events and rentals. For more information visit www.carolinaciviccenter.com

Alone at his fantastic estate known as Xanadu, 70-year-old Charles Foster Kane dies, uttering only the single word Rosebud. So ends the odyssey of a life … and begins a fabulous tale of the rise to wealth and power–and ultimate fall–of a complex man: A boy abandoned by his parents inherits a fortune, builds a global newspaper empire and aspires to become President of the United States, but he loses everything over an affair with an untalented nightclub singer. This fascinating story unfolds through the eyes of the people important to the tycoon–each showing a different aspect of Citizen Kane. Frequently regarded as the best American film ever made; winner of an Academy Award for Best Writing, Original Screenplay; and nominated for an additional eight Academy Awards including Best Picture, Best Director and Best Actor. The story is generally considered to be based on the life of William Randolph Hearst, who fought to prevent the release of the film by RKO, as told in the Golden Globe Award-winning made-for-cable film RKO 281.

“Of all the gin joints in all the towns in all the world, she walks into mine.” Academy Award winners Humphrey Bogart and Ingrid Bergman light up the screen in one of the most enduring romances in movie history–Casablanca. Rick Blaine (Bogart–The African Queen, The Caine Mutiny) owns a nightclub in Vichy-controlled Casablanca, frequented by refugees desperate to escape German domination. Despite the ever-present human misery, Rick manages to remain uninvolved in World War II now raging across Europe and Northern Africa. But all that changes when Ilsa Lund (Bergman–Gaslight, Notorious) walks through the front door of Rick’s club–Rick must now choose between a life with the woman he loves and becoming the hero that both she and the world need.

Academy Award winners Grace Kelly and Ray Milland star with Robert Cummings in one of Alfred Hitchcock’s greatest thrillers–Dial M for Murder. When playboy tennis pro Tony Wendice (Milland–The Lost Weekend) discovers his rich wife, Margot (Kelly–Rear Window, To Catch a Thief), is having an affair with handsome American Mark Hallidy (Cummings–The Carpetbaggers), he devises an ingenious plot to murder her. But when his scheme takes an unexpected, deadly twist, Tony improvises–implicating Margot for first degree murder in this classic spellbinder.

A laid-up magazine photographer witnesses a possible murder from his apartment window.