The Carolina Civic Center Historic Theater is a beautifully-restored treasure listed on the National Register of Historic Places that offers visitors a unique and visually stunning experience. The theater is located at 315 North Chestnut Street in the heart of downtown Lumberton. First opened in 1928 as a vaudeville and silent film house, the theater offers a wide array of programming including live touring performances, original productions, art exhibits, films, special events and rentals.
Home / Events / Mainstage Series / Into the Woods 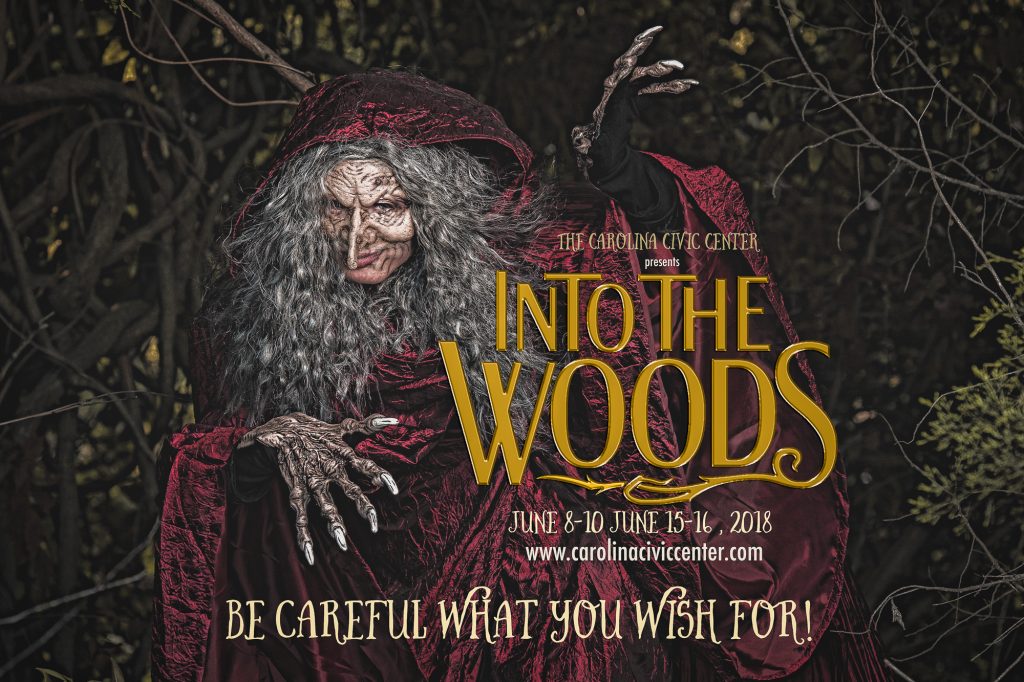 James Lapine and Stephen Sondheim take everyone’s favorite storybook characters and bring them together for a timeless, yet relevant, piece… and a rare modern classic. The Tony Award-winning book and score are both enchanting and touching.

The story follows a Baker and his wife, who wish to have a child; Cinderella, who wishes to attend the King’s Festival; and Jack, who wishes his cow would give milk. When the Baker and his wife learn that they cannot have a child because of a Witch’s curse, the two set off on a journey to break the curse. Everyone’s wish is granted, but the consequences of their actions return to haunt them later with disastrous results.

One of Sondheim’s most popular works, Into the Woods is a musically sophisticated show with the opportunity to feature actors adept at dark comedy. Designers will especially enjoy highlighting the fantastical elements of this magical word.

Mainstage Series tickets are $25. We also have a senior and military discount of $22 for each mainstage show, while tickets for members of Southeastern Regional Medical Center’s PrivilegesPlus program are only $20 per show. Students are $10.  Group rate is $17 per ticket with advance purchase of ten or more at same time, and are available by contacting the box office. All ticket prices now include 7% sales tax on nonprofit attraction ticket sales as required by the North Carolina General Assembly as of January 1, 2013. 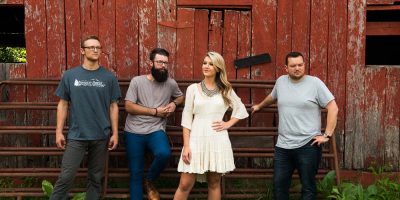 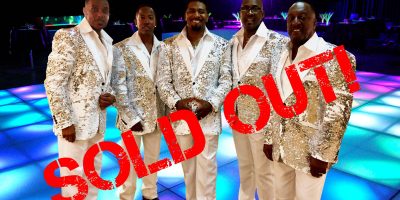 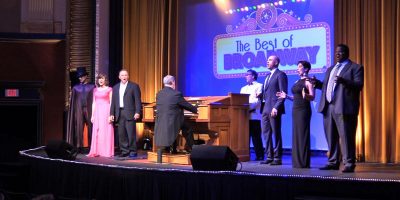 “Love is in the Air” 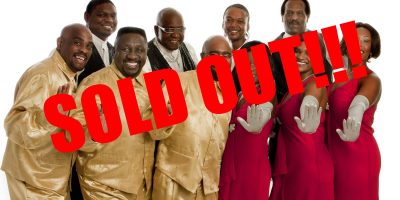 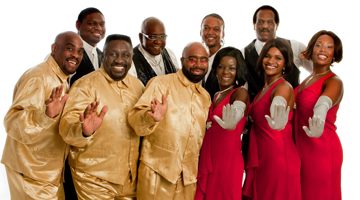