The Carolina Civic Center Historic Theater is a beautifully-restored treasure listed on the National Register of Historic Places that offers visitors a unique and visually stunning experience. The theater is located at 315 North Chestnut Street in the heart of downtown Lumberton. First opened in 1928 as a vaudeville and silent film house, the theater offers a wide array of programming including live touring performances, original productions, art exhibits, films, special events and rentals.
Home / News / Uncategorized / 2016-17 SEASON ANNOUNCED! 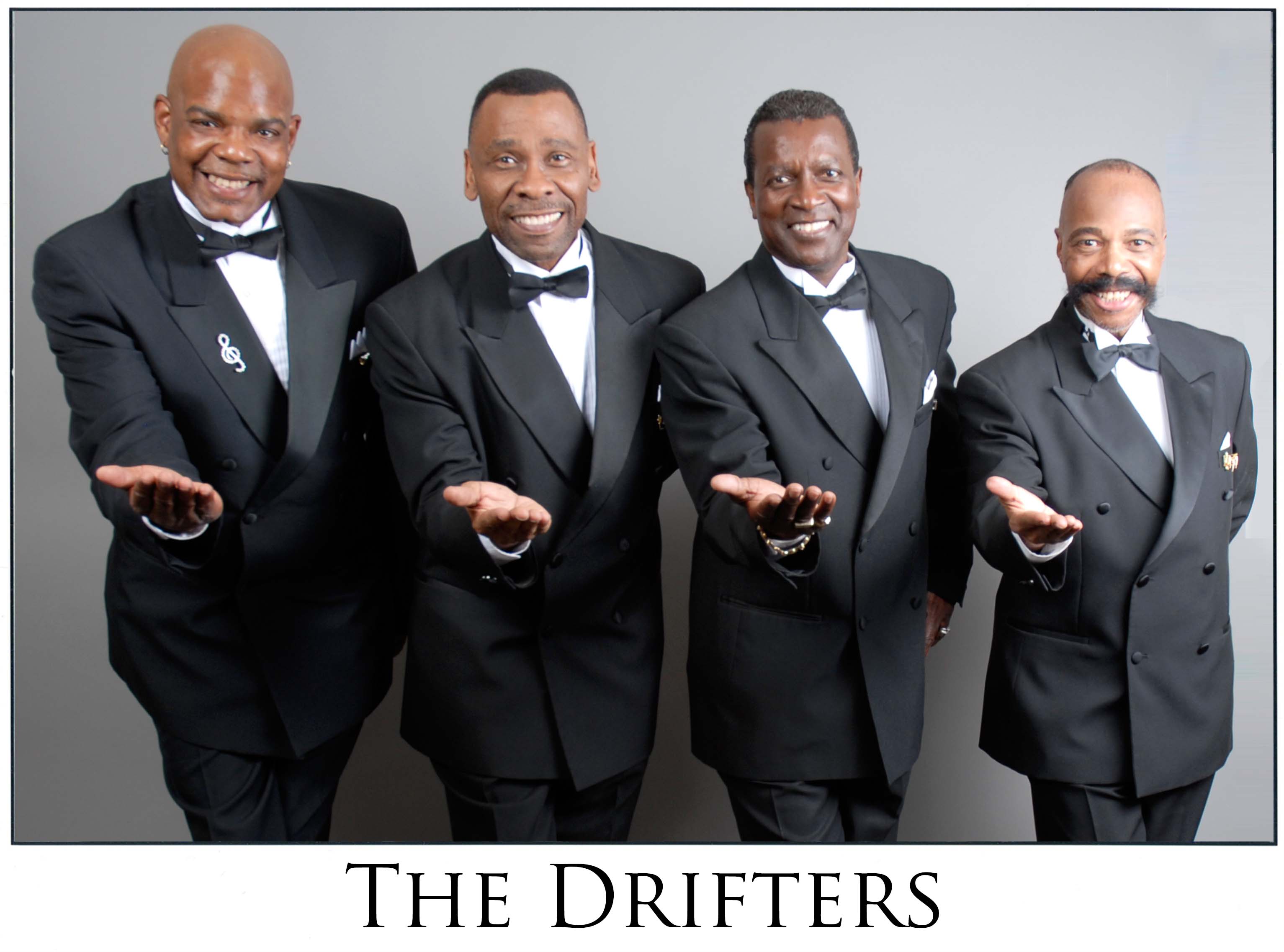 Ticketing Information
Tickets for the Mainstage Series can be purchased on-line by going to our web site atwww.carolinaciviccenter.com. Tickets also can be purchased in-person or by  telephone with credit card or cash noon-6pm Monday through Friday through our administrative offices in the theater’s second floor (enter on Fourth Street side), or by calling the Civic Center at (910) 738-4339 Ext. 106. Tickets can also be purchased at the door. Theater lobby box office opens for ticket sales one hour prior to performance.

Mainstage series tickets are $25. Starting this season for our mainstage series, we now have package discounts when you purchase four, five or six shows at the same time. The more you buy the more you save! We also have a senior and military discount of $22 for each mainstage show, while tickets for members of Southeastern Regional Medical Center’s PrivilegesPlus program are only $20 per show. Students are $10.  For details about joining PrivilegesPlus please visit its web page at www.srmc.org/pplus .  Group discount rates also are available by contacting the box office.

All ticket prices now include 7% sales tax on nonprofit attraction ticket sales as required by the North Carolina General Assembly as of January 1, 2013.

Up on the Roof.  Under the Boardwalk.  This Magic Moment. There Goes My Baby.  Dance with Me.  Spanish Harlem.  Stand by Me.  The list of hits goes on and on. THE DRIFTERS…one of Rock & Roll’s founding vocal groups is once again touring the U.S. under the auspices of their original management team.

From their inception in the early 1950’s and up until recently, THE DRIFTERS has a symbiotic relationship with Rock & Roll legend George Treadwell, who has discovered and managed such famous artists as Dinah Washington, Sarah Vaughn and Nina Simone.  The Treadwell Family was there when the original DRIFTERS formed and was responsible for guiding their career through 20 years of uninterrupted hits that has made them the second most successful recording artist of all time, according to Billboard Magazine.

The Drifters were originally formed in the 1950’s (60 years ago).  From the start, the term “Drifters” was used to denote performers who “drifted” in and out of the group.  All of the original members are long deceased and, in fact, the last original member departed the group over 40 years ago.  Robert Wiggins, our longest current member, has been with the group 30 years and worked with 3 original members.  While the Drifters were among the first group of artists to be inducted into the Rock & Roll Hall of Fame, several of their members who left the group and went on to have solo careers (like Ben E. King and Clyde McPhatter) were also inducted for their individual efforts.

An annual event in partnership with the Robeson County Arts Council, this year features The Parsons, entertaining with their own mix of folk, Americana and bluegrass.

Jon and Caroline Parsons have shared their music and stories with audiences for 25 years. Their songs, stories and voices embrace the humor, beauty and mystery of life. They live in Caroline’s old family homeplace in Grays Creek NC, and are joined by their long-time musical partner and friend Jerome Hawkes. Caroline is a gifted songwriter, singer and bassist, and Jon and Jerome juggle guitars, banjos, and mandolins – in addition to doing their best to keep up with Caroline’s singing! The Parsons trio is seasoned by more than 15 years of playing and singing together at festivals, house concerts, roadhouses and campgrounds.

Free and open to the public.

From Bop to Pop…Evolution of a Sound

The Doo Wop Project begins at the beginning, tracing the evolution of Doo Wop from the classic sound of five guys singing tight harmonies on a street corner to the biggest hits on the radio today. Throughout the show DWP takes audiences on a journey from foundational tunes of groups like the Crests, Belmonts and Flamingos through their influences on the sounds of Smokey Robinson, the Temptations, and the Four Seasons all the way to Michael Jackson, Jason Mraz and Amy Winehouse.

Featuring stars of Broadway’s smash hits Jersey Boys and Motown: The Musical with their hot band, The Doo Wop Project brings unparalleled authenticity of sound and vocal excellence to recreate – and in some cases entirely reimagine – some of the greatest music in American pop and rock history.  Your audience will enjoy a night filled with harmonies and classic ‘60s hits such as Randy & The Rainbows’ “Denise”, Thurston Harris’ “Little Bitty Pretty One”, The Skyliners “Since I Don’t Have You”, The Capris’ “Morse Code of Love”, and many more.  The show also includes doo-wop-inspired renditions of contemporary songs such as Amy Winehouse’s “Valerie”, Michael Jackson’s “The Way You Make Me Feel”, and Jason Mraz’s “I’m Yours”.

Organist and composer Mark Andersen returns to his home theater and our Mighty Morton theater organ with a special evening of film and singing just in time for Halloween. The first half of the show features Andersen accompanying on organ the 1925 silent horror film classic with his own original score, while the second half features some of the region’s best vocalists performing selections from Andrew Lloyd Weber’s hit musical. An utterly unique evening not to be missed!

Our annual heart-warming holiday musical revue for the entire family featuring the best regional performers singing and dancing in the holidays. This year’s show features Lumberton’s own Miss North Carolina 2013-14, Johna Edmonds, X-Factor Top 40 selection Tyler Cole, as well as Jef the Mime.  The theater will be beautifully decorated for Christmas and of course there will be appearances by Rudolph the Red Nosed Reindeer, Frosty the Snowman, and Santa Claus!

5:30pm Thursday January 26
Opening Reception for “The Life of the Theater” Exhibit

Join us for opening night of our newest lobby exhibit featuring historic and current photographs of our beautiful, and beautifully-restored, theater which first opened in 1928.

Free and open to the public.

MAINSTAGE SERIES
7pm Tuesday February 14
“Love is in the Air”

A separate reception will be held following the show. Childcare services will be available.

Our hugely popular –and very competitive- talent competition.  Includes all categories of talent – from singing and dancing to juggling and more.  Auditions will be held to determine who gets to showcase on our stage, with cash and gift prizes going to the top contestants with a grand prize of $1,000. But it’s more than a competition, it’s a great show!

The Raleigh Ringers is an internationally acclaimed, advanced community handbell choir based in Raleigh, North Carolina. Since its founding in 1990, The Raleigh Ringers has been dazzling concert audiences with unique interpretations of sacred, secular and popular music, including famous rock ‘n’ roll tunes arranged just for handbells.

The 3 Redneck Tenors are a new breed in the Tenor Genre. Their musical comedy featuring classically trained veteran artists is like Duck Dynasty goes to Carnegie Hall: down home laughs with big city music! Written by opera veteran Matthew Lord, with music arranged by award-winning composer Craig Bohmler, 3 Redneck Tenors have been thrilling audiences since 2006.

The theater welcomes back a favorite touring big band from last year to perfectly complement the setting of our historic theater that first opened in 1928 – just 10 years before the original version of this famous big band was formed. The world famous GMO, with its unique jazz sound, is considered to be one of the greatest bands of all time. The present version of the Orchestra was formed in 1956 and has been touring consistently since, playing an average of 300 live dates a year all around the world. Nick Hilscher is the Orchestra’s present music director.

When the Little Sisters of Hoboken discover that their cook, Sister Julia, Child of God, has accidentally poisoned 52 of the sisters, they are in dire need of funds for the burials. The sisters decide that the best way to raise the money is to put on a variety show, so they take over the school auditorium, which is currently set up for the eighth grade production of “Grease.” Here we meet Reverend Mother Regina, a former circus performer; Sister Mary Hubert, the Mistress of Novices; a streetwise nun from Brooklyn named Sister Robert Anne; Sister Mary Leo, a novice who is a wannabe ballerina; and the delightfully wacky Sister Mary Amnesia, the nun who lost her memory when a crucifix fell on her head. Featuring star turns,tap and ballet dancing, an audience quiz, and comic surprises, this musical has become an international phenomenon. With more than 5000 productions worldwide, it has been translated into 21 languages.

Pierre Audi directs a new production of this violent and passionate work for the Paris Opera.

Built in Southern Italy in early seventh century BC, Teatro Antico di Taormina is the second largest ancient Greek theatre in Italy. Frequently used for operatic and theatrical performances, this picturesque theater sitting on the coast of Sicily is home to the annual Festival Euro Mediterraneo.

Sung in: Italian (with subtitles) 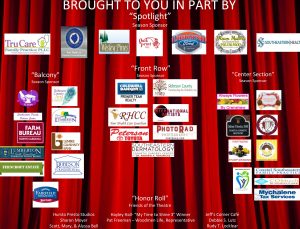