The Carolina Civic Center Historic Theater is a beautifully-restored treasure listed on the National Register of Historic Places that offers visitors a unique and visually stunning experience. The theater is located at 315 North Chestnut Street in the heart of downtown Lumberton. First opened in 1928 as a vaudeville and silent film house, the theater offers a wide array of programming including live touring performances, original productions, art exhibits, films, special events and rentals.
Home / Events / Special Event, Virtual Concert / Our Next “Spotlight on Local Talent” Virtual Series

Our Next “Spotlight on Local Talent” Virtual Series 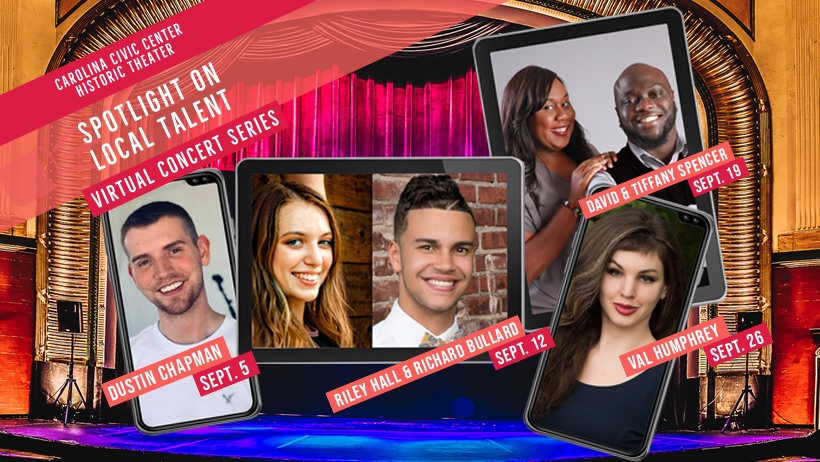 The Carolina Civic Center Historic Theater, located in downtown Lumberton, NC, is presenting a series of pre-taped on-line concerts while its fall 2020 schedule of live performances are being moved to spring 2021 due to COVID-19 social gathering restrictions. This series features intimate performances by regional artists who have a connection to the theater or have previously appeared on our stage. The series is directed by the theater’s Resident Artist and Production Manager, Kendrix Singletary, who has worked closely with each artist to create a very personal experience for performers and audiences.

The performances are premiering on the theater’s Facebook page at “Carolina Civic Center Historic Theater” ‪at 7pm on September 5, 12, 19 and ‪26, and subsequently shared on its web site at ‪www.carolinaciviccenter.com. The theater’s previous “Spotlight on Local Talent” Performance Series (Quarantine Edition), which premiered in May, also can be viewed on its web site.

The schedule of performance premieres is as follows:

Dustin Chapman is a young singer/songwriter who describes himself as having “climbed hills and entered valleys,” as he is in the midst of a budding country music career, but also in the middle of an extreme medical battle with a rare esophageal disease called Achalasia. However, Chapman uses his talents to praise God and to uplift others who are fighting their own battles. A mixture of country, gospel, and blues comes together to create his signature soulful southern sound. Chapman released his debut EP which charted #52 on the iTunes Country Charts and has garnered several nominations for various music awards. Thus far in 2020, Chapman has won four songwriting awards for his songs “Plus One,” “Baby (featuring Angel Paez)” and his newest single “Slow Dance.” Currently Chapman is working in conjunction with North Hill Records in Nashville to send his single “Slow Dance” to country radio all throughout the country.

Riley Nikole Hall is a graduate of South View High School and is a freshman at UNC-Greensboro. She is majoring in Peace and Conflict studies, with a minor in dance. She plans to become a missionary one day. Riley has been a competition dancer for fiveyears, at Linda Kinlaw School of Dance. She has performed in the Carolina Civic Center’s annual “A Robeson County Christmas Show” as well as its annual My Time to Shine Talent Competition. Riley also grew up performing in the Best Christmas Pageant Ever at the Cape Fear Regional Theatre in Fayetteville.

Richard Thomason Bullard is an upcoming sophomore at Arizona State University in Tempe, Arizona pursuing a degree in dance. He graduated from Purnell Swett High School in Pembroke, NC and has been on stage since the age of seven. He has performed with the Robeson County School’s CTAP and Studio One programs, as well as Lumberton’s Purple Door Productions and the Carolina Civic Center’s annual Christmas show.

David and Tiffany Spencer is a new gospel duet taking the industry by storm, with David holding the beats and Tiffany holding the harmonies. From beginning their relationship in choir rehearsal at Lumberton Senior High School, they are now happily married with three children, Daveah, David Jr., and Amiyah. Tiffany is a music educator in Scotland County while David serves as the Minister of Music at Macedonia Missionary Baptist Church.

“Gonna Make It,” the couple’s breakthrough single, has been featured on radio stations around the country, charting as high as #22 on the Gospel Internet Radio BDS chart for airplay. The duet’s album “One Touch” has been nominated for eight 2020 Rhythm of Gospel Awards. The couple is also nominated for a Kingdom Impact Award.

Val Humphrey is a multi-faceted Renaissance woman who has been involved in the arts her entire life. She first caught the acting bug under the direction of John Doerner as one of the wicked stepsisters in the Carolina Civic Center’s 2003 production of Cinderella, and went on to work with PSRC’s Studio One Lab Series, as well as the North Carolina Children’s Theatre. Humphrey went on to receive her BFA in studio art at Marymount Manhattan College in New York City, but still enjoys frequenting the stage in the local theatre scene. She’s currently working as a studio artist in Fayetteville, NC. She was last seen as the witch in the Carolina Civic Center’s production of Into the Woods, and is very excited to be taking on the role of the Wicked Witch of the West in the theater’s June 2021 production of The Wizard of Oz. 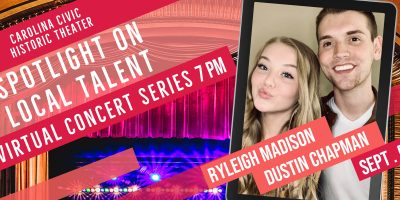 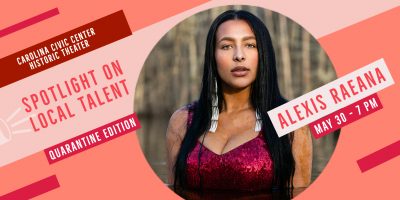 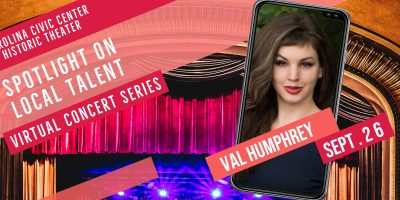 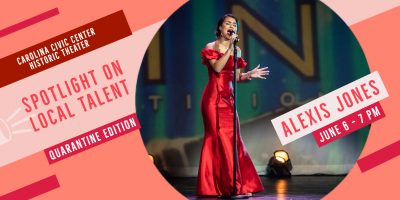 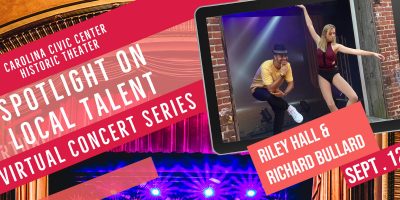 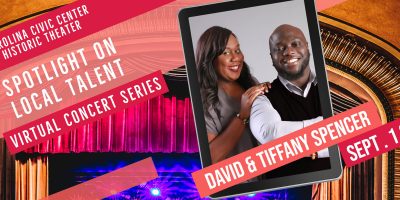